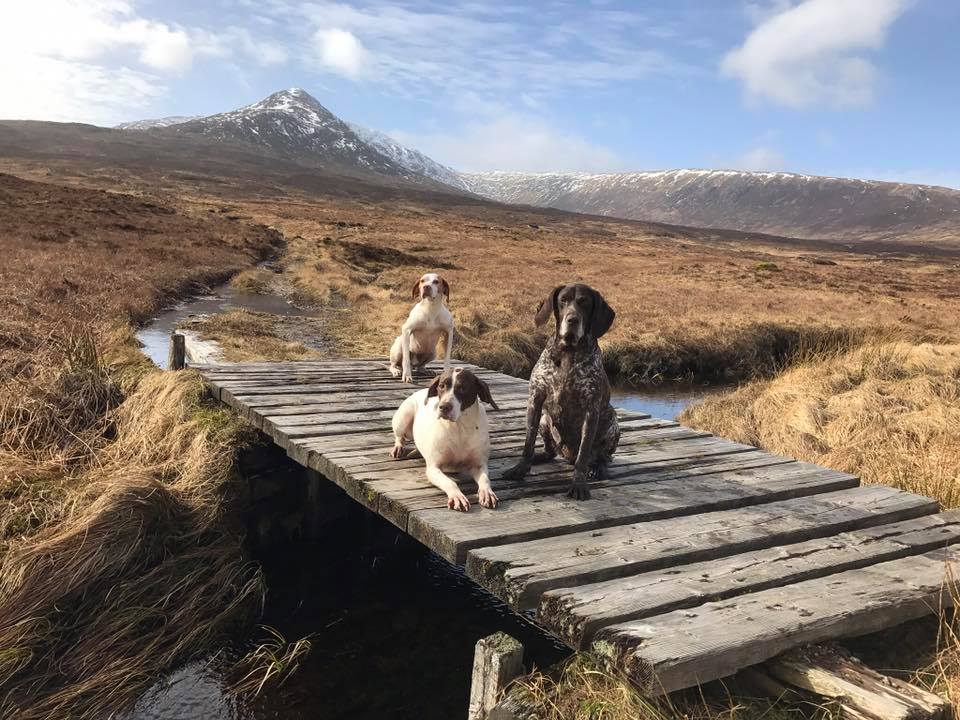 Donald joined Corrour in 2005 and is our Estate Manager. Previously head stalker, he moved to the position of estate manger in 2019. He was brought up on a Highland estate in Sutherland, he then did three years in hydro construction, before settling down at Corrour. Donald is married to our cottage lettings manager, Martina Rowantree.

John joined Corrour in 2011 as our head forester.  He has been involved in the forestry industry since leaving school and worked for a private forestry company in Scotland for eighteen years.  John manages Corrour’s 10,000 acres of forests. This involves tree planting, timber harvesting and habitat improvement.

Charles joined the Estate team in 2018 as Hydro Special Projects and Maintenance Manager. Charles has a background in engineering and has extensive experience in large scale construction projects in the golf, leisure and hydro industries. He has spent the last 10 years working on on highland estates.

David and his wife Lynne look after the Lodge. Both have spent their working lives in hospitality, from international restaurants to some of Scotland’s most notable private houses. David is passionate about the provenance of the food he serves, with a particular interest in locally sourced, fresh ingredients.

Arriving at Corrour in 2004, Martina is responsible for holiday cottage lettings and estate administration.  Before joining Corrour Martina worked as an assistant to a private family.  She is married to our head stalker, Donald Rowantree.

Allan joined Corrour in 2010 from the Game and Wildlife Conservation Trust and has taken over the role of the Head Stalker in 2019.   Introduced to deer stalking by his father at a young age, he went on to study conservation and ecological science at Edinburgh University.  Assisted by two stalkers and three seasonal ghillies, he is in charge of the estate’s deer management and biodiversity plans.

Matt joined the Estate in 2017. Originally a joiner by trade, Matt spent all his spare time shooting, and finally ‘gave up the day job’ when a seasonal opportunity arose at Corrour. Having worked two seasons, he was offered a fulltime role in 2017.